Money Heist (also known as La casa de papel, “The House of Paper”) is an internationally successful Spanish heist crime drama TV series created by Álex Pina. And Netflix released the show worldwide, beginning with the first part on 20 December 2017, followed by the second part on 6 April 2018. Part 3 was released on 19 July 2019. Part 4 was released on 3 April 2020. The fifth season of the series started on 3 September 2021. The series traces two long-prepared heists led by the Professor (Álvaro Morte), one on the Royal Mint of Spain, and one on the Bank of Spain. 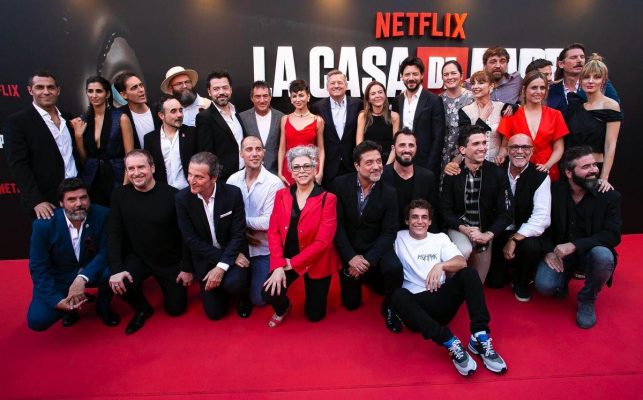 An enigmatic man, nicknamed The Professor, plans the biggest heist in history. To carry out this plan, he recruits eight of the country’s top criminals who have nothing to lose: Tokyo, an experienced robber, Berlin, the ringleader, Moscow, the drilling expert, Rio, the computer scientist, Nairobi, the counterfeiter, Denver, son of Moscow, and Helsinki and Oslo, the Balkan war veterans.

The goal is to infiltrate the Royal Mint of Spain in order to print €2.4 billion in less than 11 days, without spelling a single drop of blood. The group takes 67 hostages, including the daughter of the British Ambassador. With the mastermind working on the outside, they always manage to stay one step ahead of the police.

When you think about Netflix’s La Casa de Papel (Money Heist), the first thing that comes to mind is likely the disguise the thieves wear on the series.

Throughout the show, Tokio (Úrsula Corberó), Denver (Jaime Lorente), Nairobi (Alba Flores), and more members of the Professor’s crew don the Salvador Dalí mask and bright red overalls to hide their true identities. Back in season 3, The Professor/Salvador “Salva” Martin (Álvaro Morte) also wore the disguise for a moment. 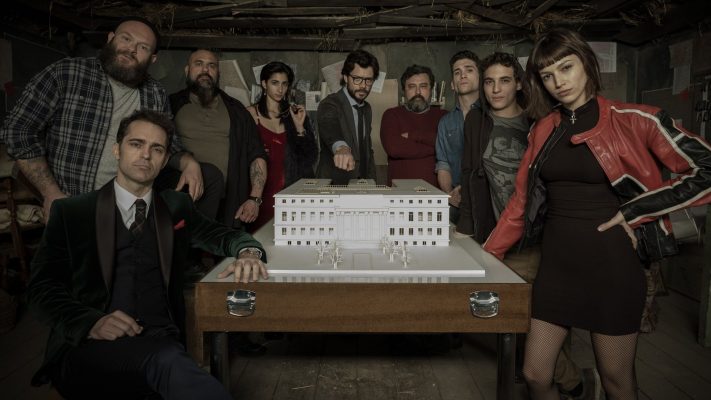 The Italian folk song and partisan anthem Bella Ciao is more popular than ever. In 2017, it is sung by Tom Waits and throughout the Spanish television series Money Heist.

“Bella ciao“ (“Goodbye beautiful”) is an Italian folk song that was adopted as an anthem of the anti-fascist resistance. It was used by the Italian partisans during the Italian Civil War between 1943 and 1945 in their struggle against the fascist Italian Social Republic and its Nazi German allies. “Bella ciao” is used worldwide as an anti-fascist hymn of freedom and resistance. The song has much older origins though in the hardships of the mondina women, the paddy field workers in the late 19th century who sang it as a protest against harsh working conditions in the paddy fields in North Italy.

As the show in its fifth and final season, pay tribute to its signature look by recreating it as a Halloween costume. Whether you choose to wear it as a couples costume, sport it with your bestie, or go it alone like the true renegade you are, below is exactly what you’ll need to execute a Money Heist homage this Halloween.

How exciting and appealing would Money Heist Jumpsuit Costume will look in your wardrobe? It could be your fashion partner for any Halloween party or any costume party, you can grab all attention and flaunt your unique, trendy and appealing jumpsuit costume.

Show everyone that you are a fan of Money Heist (La casa de papel) with this t-shirt!

Get 360° protection for your smartphone with trendy classy artwork at the back! 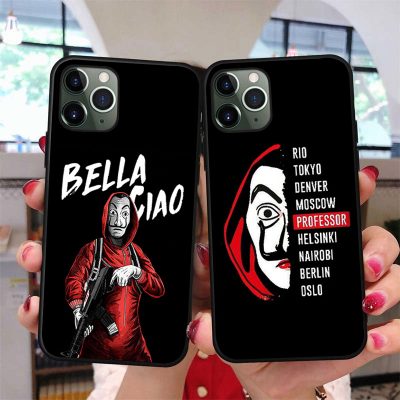 You just need to use your imagination and create works with our La Casa Papel Stickers! 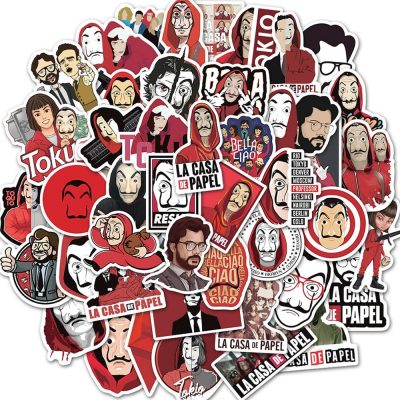