History of Poker – How to Play Poker

As early as the sixteenth century, Germans played a bluffing game called “Pochen”. It later developed into a French version, called “Poque,” which was eventually brought over to New Orleans and played on the riverboats that plied the Mississippi. This game makes people interested in how to play poker.

In the 1830s, the game was refined further and became known as Poker. During the Civil War, the key rule about drawing cards to improve was added. A variation – Stud Poker – appeared at about the same time. There are hundreds of versions of Poker, and the game is played not only in private homes, but also in countless Poker rooms at famous casinos. Poker can be played socially for pennies or matchsticks, or professionally for thousands of dollars. In this article, I will elaborate on how to play poker.

How to Play Poker – The Poker Hands

A poker hand is typically made up of the best five cards you have at your disposal. For example on the river in a hand of Texas Hold’em you actually have seven cards to choose from, and you are allowed to pick whichever poker combination of the five make up the best hand. This is even true if the two hole cards you have been dealt are the worst, you can instead to ‘play the board’ meaning your best hand is made up of the five shared cards.

What follows is poker rankings from the strongest to the weakest. In the event of a tie, the highest poker cards win.

The strongest poker hand is the royal flush. It consists of Ten, Jack, Queen, King, and Ace, all of the same suit, e.g. spades.

The second strongest hand in poker is the straight flush. It is composed of five consecutive cards of the same suit. If two players have a straight flush, the one with the highest cards wins.

Five cards of the same suit make a flush. If two players have a flush, then the one with the highest cards wins.

Five cards of the same suit make a flush. If two players have a flush, then the one with the highest cards wins.

Three of a kind

A three-of-a-kind is a poker combination of three cards of the same rank. If two players have the same three-of-a-kind, then the other cards, or both cards, determine the winner, since a poker hand is a always composed of five cards.

Two-pair hands are, of course, composed of two pairs. If 2 players have two-pair, the rank of the higher pair determines the winner. Also, if they have the same higher pair, then the lower one counts. If that is also the same, then the fifth card counts.

A pair is composed of two cards of the same rank. Since winning poker hands are always composed of five cards, the other three cards are so-called “kickers”. In case two players have the same pair, then the one with the highest kicker wins.

If you don’t even have a pair, then you look at the strength of your poker cards. If there are two players at showdown who don’t have a pair or better, then the one with the highest cards wins.

How To Play Poker – Skills

One of the core skills in how to play poker is being able to determine whether your hand is strong or not, because many factors contribute to how strong or weak a certain poker card combination actually is. The number of players helps determine poker hand strength. If lots of players have chosen to play the hand voluntarily, you have to assume they are doing so because they hold strong hands. However if only two players are involved in a hand, it is less likely. A pair of Aces, for example, is quite a strong poker combination against one player, but against four players it decreases significantly in value.

Your opponents playing style is also a big factor. If they are ‘tight’ meaning they play few hands, then you can expect them to show up with a strong hand when they do. If they are ‘loose’ meaning they play a lot of hands, then the relative strength of their hand usually goes down. The composition of the community poker cards will determine how many strong potential hands are in play. If you hold three of a kind, but there are four cards to a flush and four cards to a straight, your poker combination strength goes down. Its name is a ‘wet’ board. Likewise if the board is has out of sequence cards with no flushes possible, your hand strength goes up.

The amount of chips in play also plays a part in how to play poker. In a tournament when chip stacks are shallow, it is not unusual for players to commit their money with weaker holdings to avoid ‘blinding away’. However in cash games, where the stacks are deep, you are less likely to see such risks being taken.

Understanding these complex decisions takes a lot of experience. Until then, you can greatly improve your poker hand strength skills by only choosing the best poker starting hands. 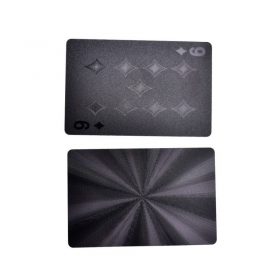 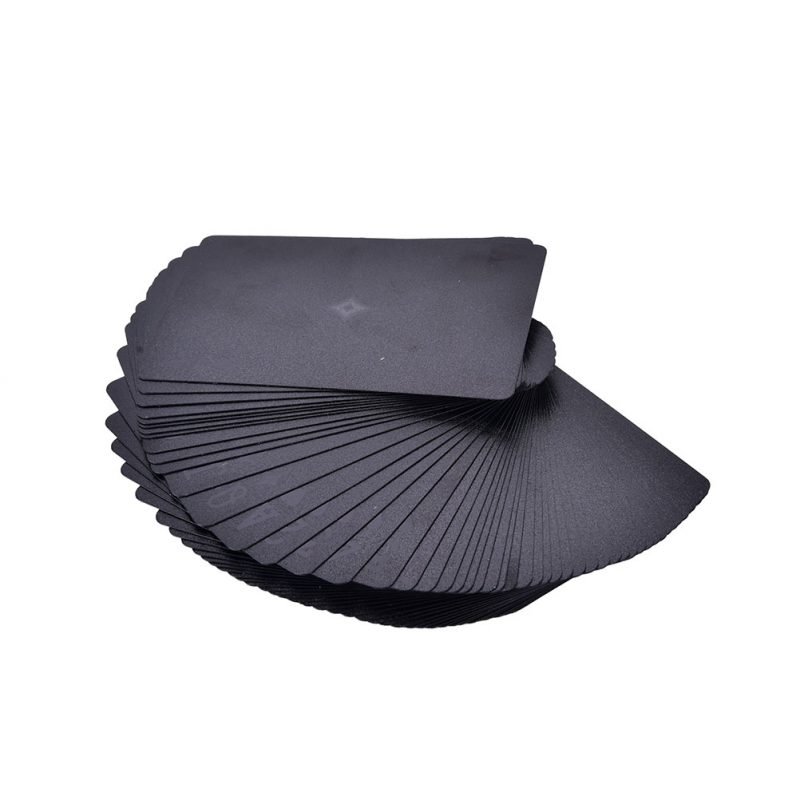 After knowing how to play poker, we suggest a great opportunity for you to add a sense of style to your card games with these Black Diamond Playing card. Their unique art value makes them more fun to use. However, they are not just artsy, because they also boast a high-quality feat.

Additionally, the producers made them with the environment-friendly material, which makes these cards highly flexible, durable, scratch-resistant, non-fade, and waterproof so that they last longer than ordinary playing cards. They have some features such as matte finish on the back side, smooth finish on the face, big index and waterproof.

You can Order Here